Some researchers adhere to a simple strategy when comparing data from two or more groups: when they think that the data in the groups are normally distributed, they run a parametric test ($t$-test or ANOVA); when they suspect that the data are not normally distributed, they run a nonparametric test (e.g., Mann–Whitney or Kruskal–Wallis). Rather than follow such an automated approach to analysing data, I think researchers ought to consider the following points:

Figure 1 shows the distribution of the $p$-values. Even though the distributions’ means and medians are the same, the Mann–Whitney returns significance ($p < 0.05$) in about 7% of the comparisons for the smaller samples and 8% for the larger samples. If the test were sensitive only to differences in the mean or median, if should return significance in only 5% of the comparisons. 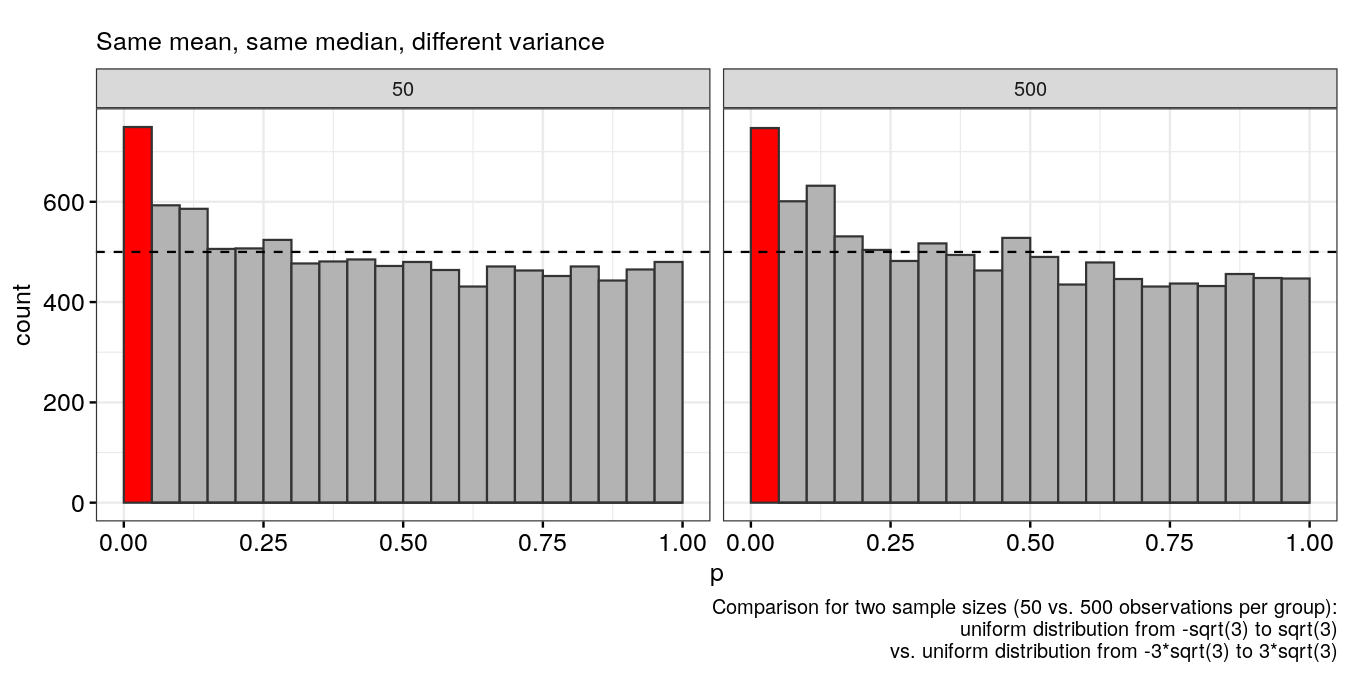 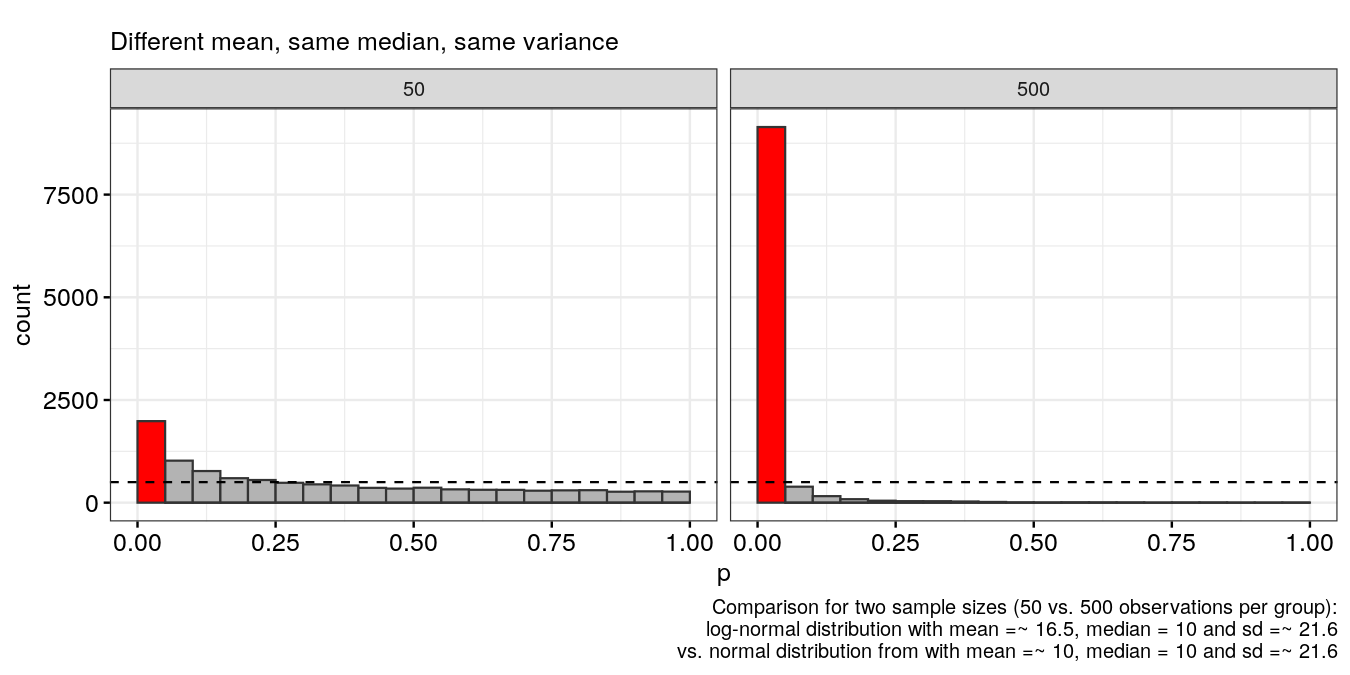 But a better solution in my view is to them to consider more carefully what they actually want to compare. If it is really the means that are of interest, parametric tests are often okay, and their results can be double-checked using the bootstrap if needed. Permutation tests would be an alternative. If it is the medians that are of interest, quantile regression, bootstrapping, or permutation tests may be useful. If another measure of the data’s central tendency is of interest, robust regression may be useful. A discussion of these techniques is beyond the scope of this blog post, whose aims merely were to alert researchers to the fact that nonparametric tests aren’t a silver bullet when parametric assumptions are violated and that nonparametric tests aren’t just sensitive to differences in the mean or median.